Chilean Hospitality… amidst an Earthquake?!

From El Calafate, Argentina, we started making preparations to visit a good friend we met on our trip from Africa who lives in Chile, named Ignacia. All that stood in our way was three buses, a border crossing, and a couple transit days.

We said goodbye to our friend Anu and Tuula who were flying out to Buenos Aires, then prepared for a lovely 26 hour bus ride to Bariloche, Argentina as the first leg of our trip northwards. Bariloche is a nice little town that looks like it’s been plucked directly out of Switzerland, and is a very popular vacation spot for Argentinians, but we just weren’t interested. So after a one day break, it was another bus over the border to Chile, and one more overnight bus to Concepcion, Chile. (We’ve notched just over 5500 km on buses so far through Chile and Argentina, so excuse us if we’feel a  little bussed out at this point in time.)

Ignacia picked us up from the bus station around 7 am, and took us to her family’s house. There was an amazing breakfast of eggs, ham, avocados, toast, and fresh fruit for us. Overnight buses have a tendency of making the following day rough, so this breakfast was a very welcome surprise. Ignacia took us for a tour of the city of Concepcion after we took a nap, still recovering from the bus.

You may remember that last year, there was a terrible earthquake in Chile. The epicenter of quake happened not too far outside of Concepcion. Ignacia took us to see a couple of the buildings that were damaged, and it was surprising that there were only two that were really destroyed. It was a humbling experience to see what nature can do to an urban environment.

Some of the floors collapsed upon one another

This building fared even worse 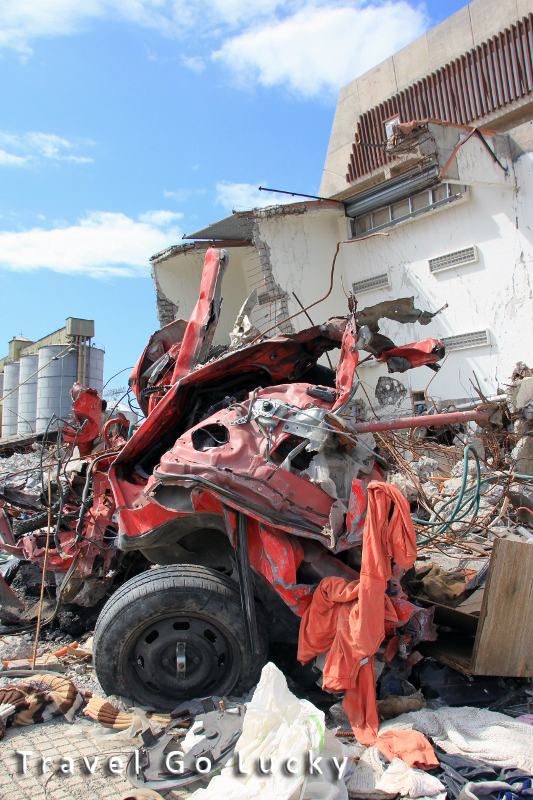 Everything was left here as if it happened yesterday

Afterwards, Ignacia had a little surprise in store for us. She said she would be taking us to her family’s cabin about an hour outside of town. She figured that we would be pretty worn out from the hiking and bus rides lately, so she planned a relaxing weekend for us. In other news, Ignacia is also a genius. We just needed to make one quick stop at a pharmacy before heading out. About a minute after getting there, something weird happened. I felt like we were right back on the boat in Antarctica. The ground was wobbly and Dana and I both looked at Ignacia to see if this was normal. Her face said no way. We hurried out of the store as bottles were falling off the shelves. About forty seconds later, it stopped. We had just experienced our first earthquake. We later found out that the 6.9 earthquake was only classified as a temblor in Spanish, not a full-fledged earthquake. It was a strange feeling. Both of the girls were pretty shaken up over the occurrence, but I was trying to remember the exact feeling of what was happening at the time. The good ness was there was no damage and everyone was safe. 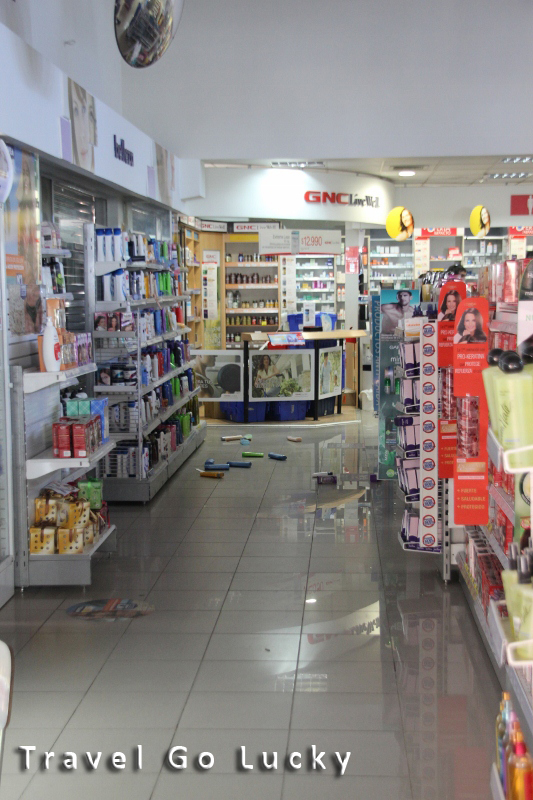 Bottles that fell off the shelf as the earthquake was happening

Before we knew it, a quick ride to the country (in a real car!) and we were transported to a beautiful setting in Chile’s countryside that no tour could possibly provide. The old ranch had vintage winemaking equipment and even a very old palm tree that was said to have been planted by Jesuit missionaries a few hundred years ago. 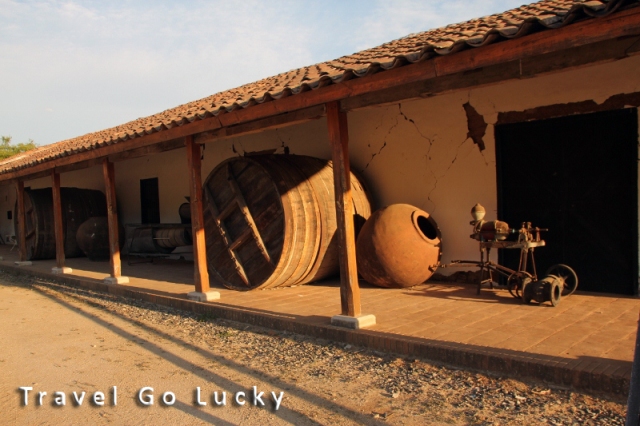 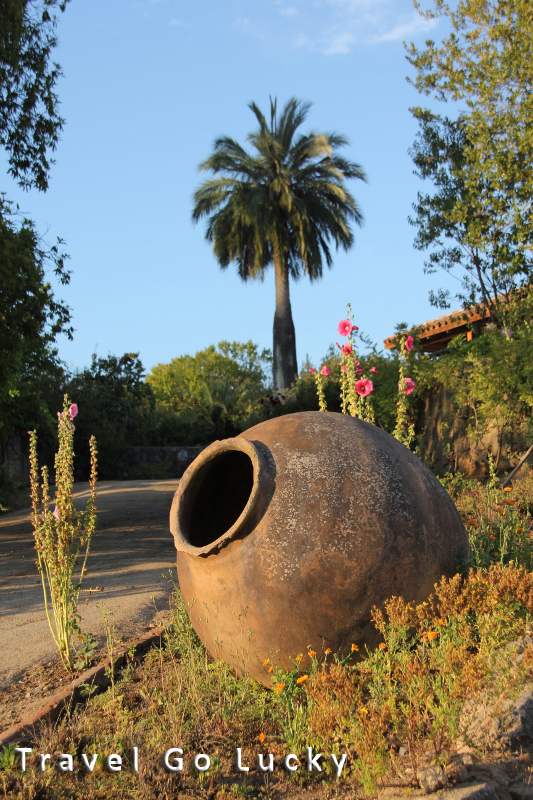 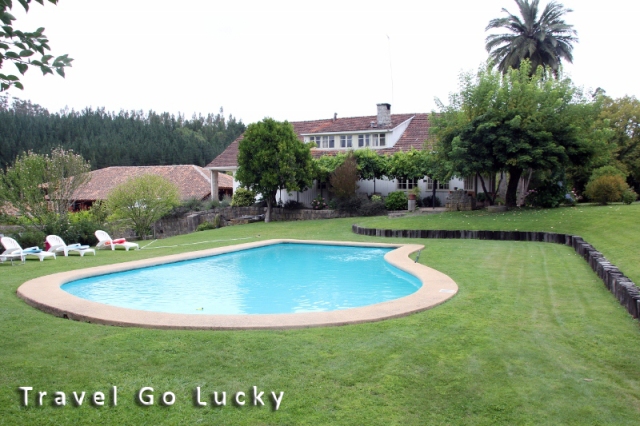 Won't find this gem in any guide books

If I had a whole week to sit down and tell you the pleasures of being a guest of the Salgado-Orue family, it wouldn’t be enough time. From the moment we arrived to when we left, we were treated like royalty. The first night we had humitas and sopaipillas, the following day we were given a real Chilean flag and drank more pisco sours that I’d care to admit, and capping the night off with a huge barbeque and visit from Ignacia’s friends, who subsequently became our friends. 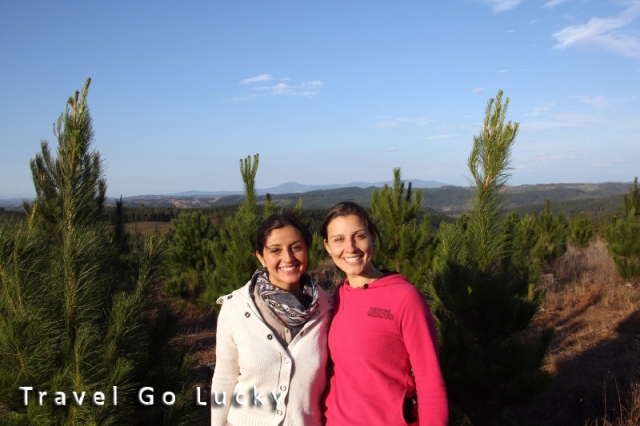 Ignacia and Dana in the Chilean countryside 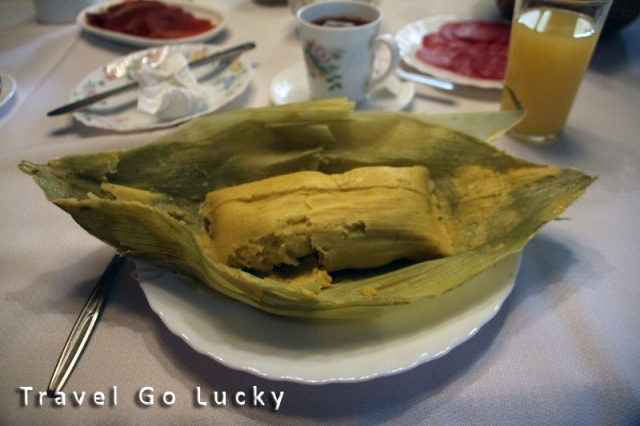 Humita: A corn cake served in the husk 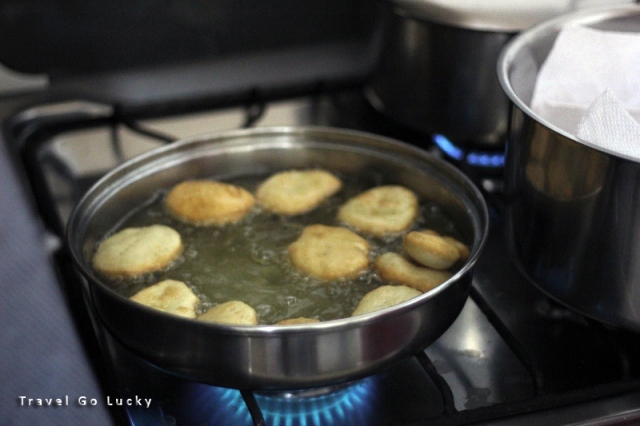 The group patiently waiting for the steaks to be done

To say we had an amazing time at Ignacia’s cabin would be an understatement. This was one of our most authentic experiences on our journey, days away from any tour guides or admission tickets. Just a great location, with great food, and great people.

3 Responses to Chilean Hospitality… amidst an Earthquake?!