Dana:  Today we are going to visit Port Lockroy,  a natural harbor on the Antarctic Peninsula of the British Antarctic Territory. One of the crew members came on the ship this morning to give us a little history lesson. After its discovery in 1903 by the French Antarctic Expedition, it was used for whaling and British military operations during World War II and then continued to operate as a British research station until 1962. In 1996 Port Lockroy was renovated and is now a museum, post office and gift shop.

It was a very windy day and standing outside to take pictures of the Gentoo penguins and their babies was a little difficult but we managed. Here they were doing research on penguins that had human contact vs no human contact so we had to be careful not to disturb them too much. The museum was set up just as if time had stopped in its tracks when researchers lived there. We even got to send post cards stamped from Antarctica to our families.

In front of Port Lockroy's main building with our tour leader, Monica

A beautiful view from Port Lockroy

The bathroom as it was in the olden days 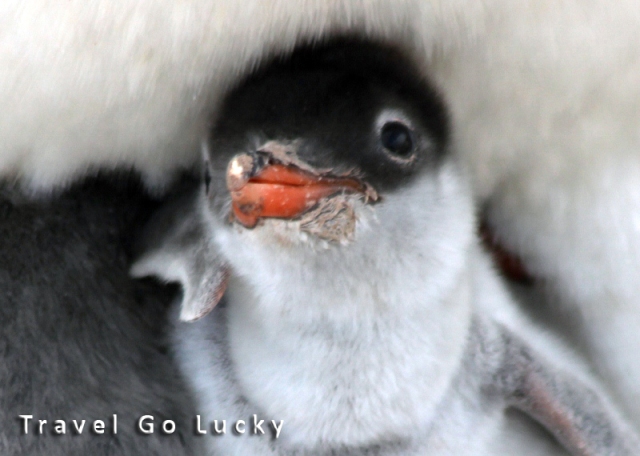 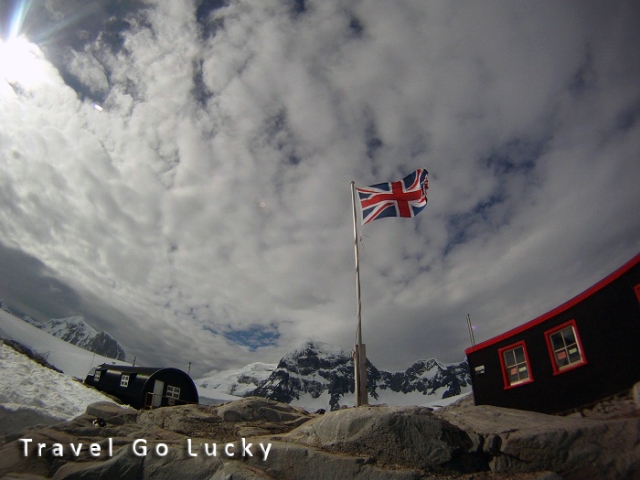 No mistaking this area for anything other than British

Just before replacing it with the American flag... 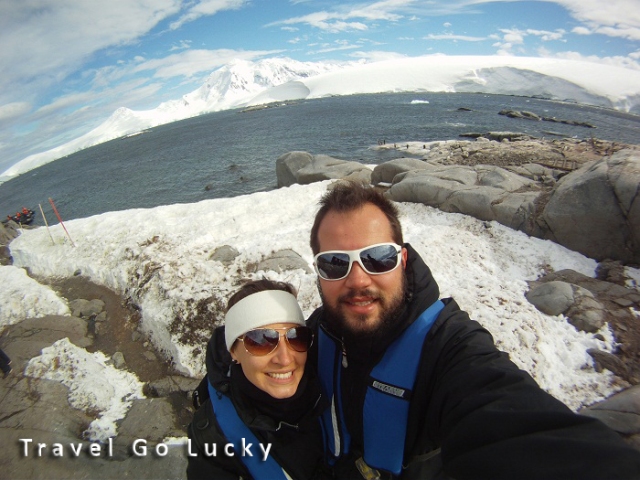 Adam: Our afternoon excursion took us to two incredibly picturesque locations, Port Charcot and it’s surrounding waters, nicknamed “Iceberg Alley.” Our group had our landing on Port Charcot first. The weather was absolutely gorgeous, to the point we got to walk around in our t-shirts! There were also lots more penguins to observe, including a large rookery of Adelie penguins. I can’t get over how goofy they look. One of the group leaders mentioned that the reason they look so funny is because of the whites in their eye, giving them a human quality. I would have to agree. There were also chinstrap and gentoo penguins around. You would think by now we are sick of penguins. You would be wrong. Even though they are remarkably dumb animals (you have to see them in action to appreciate their lack of intelligence), we can’t get enough of how everything they do on land is so clumsy.

Yep, I sure have a great view here in my backyard

A lone baby gentoo penguin, hanging out on a cliff 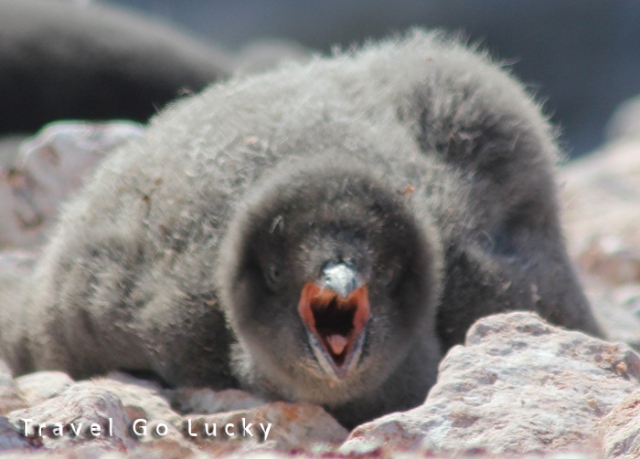 Afterwards, it was our turn to see some of the most beautiful icebergs in all of Antarctica. The sun glistened off of these giant forces of nature, and it’s a shame that the pictures cannot accurately portray just how massive these icebergs were. Some of them were as large as a four story building. 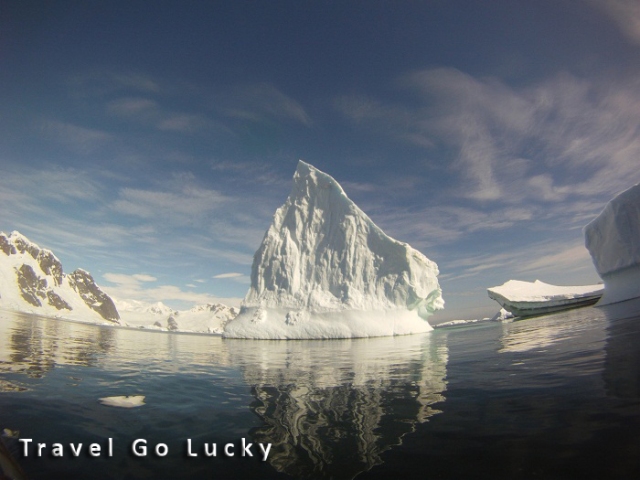 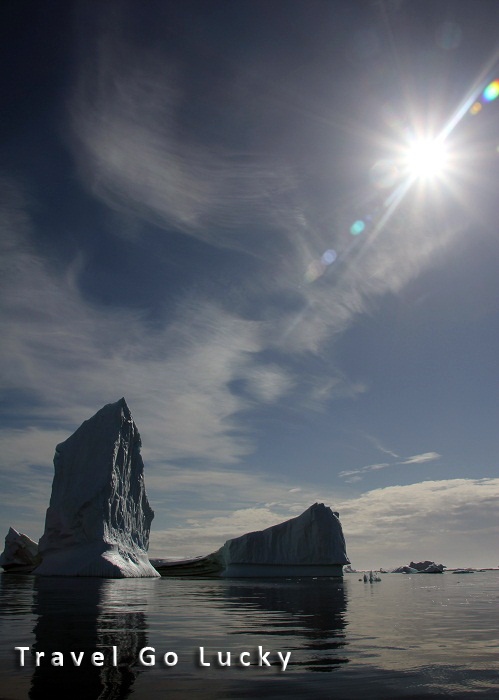 Can you see the skull shape in this one? 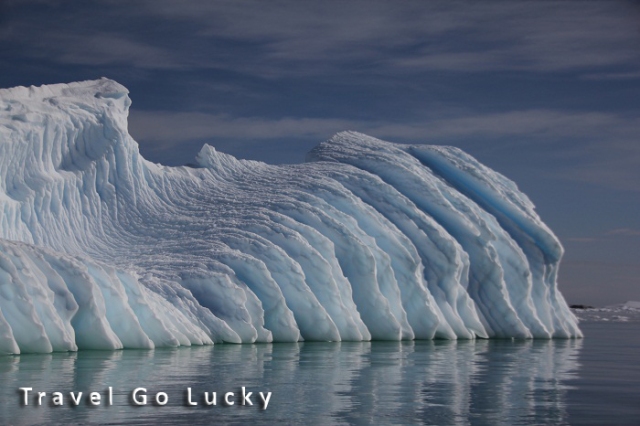 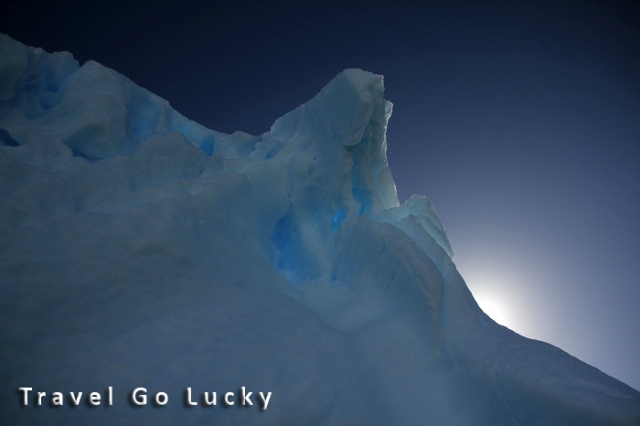 Of course, the area wasn’t without its share of inhabitants, in the form of more leopard and crabeater seals. They seemed a bit more lively today, most likely due to irritation from the warmer temperatures we had. 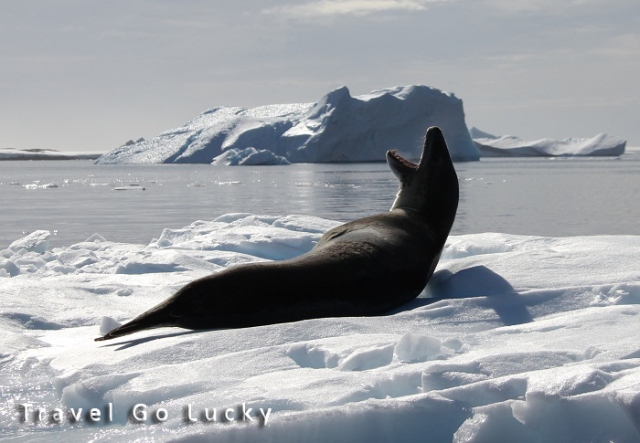 Sadly, tomorrow will be our last day of official landings but we hear that the staff is taking us to a pretty cool place for our last visit. Check back tomorrow for more as we begin to wrap up our magical trip to Antarctica.

This entry was posted in Antarctica and tagged Antarctica, Icebergs, Penguins, Seals. Bookmark the permalink.