On the Road Again

After a tremendous time in one of the most beautiful cities in the world, we embarked on one of the most exciting parts of our entire year long trip: the 54-day overland safari. We are camping the entire way, anywhere from camp sites to bush camps in the middle of nowhere.  By the time our truck reaches Zambia, we will have 28 passengers aboard our truck, a massive beast of a vehicle that houses our tents, cooking equipment, and everyone’s personal belongings. 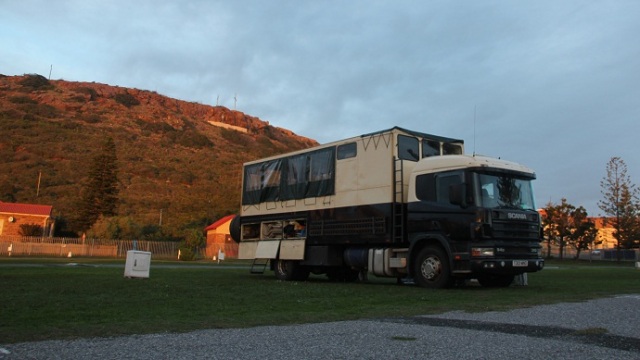 The TRUCK... aka Home for the next 8 weeks

The night before we packed up to get on the truck, I felt like the night before Christmas.  We’ve been planning this part of the trip for so long and now it was actually time to go!  We met our fellow adventurers on a rainy morning in Cape Town, got briefed on what our first few days will be like, and piled into the truck. Our truck driver, Nick, made it very clear to us in the beginning that he drives a TRUCK, and not a bus, car, or van. Any mentioning of the vehicle as something other than a truck, and you owe him a beer. Seems like a pretty good rule. Our first day took us east along the southern coast of South Africa, commonly referred to as the garden route, and arrived in the sleepy beach town of Mossel Bay. During, the drive we saw a rainbow and figured that was a good omen for the day one on the truck. 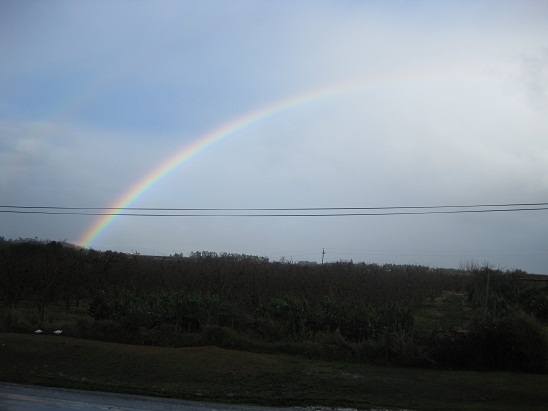 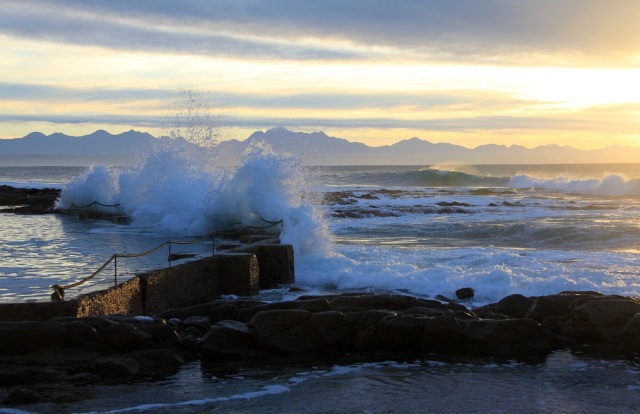 After some uneventful time getting acquainted in Mossel Bay, it was time to get some serious driving done north through the mountains of South Africa. A few friends from home were worried about us leaving for Africa in the middle of summer. “Isn’t it going to be way too hot?” they asked. Well, I know Africa is known for being a warm continent, but the portion located in the southern hemisphere is currently experiencing winter. And South Africa is COLD. I have the snow-on-the-mountains picture to prove it. At night it gets down to 25 degrees, and sleeping in a tent is pretty darn cold, especially when we have some early wake-ups at 5 am. 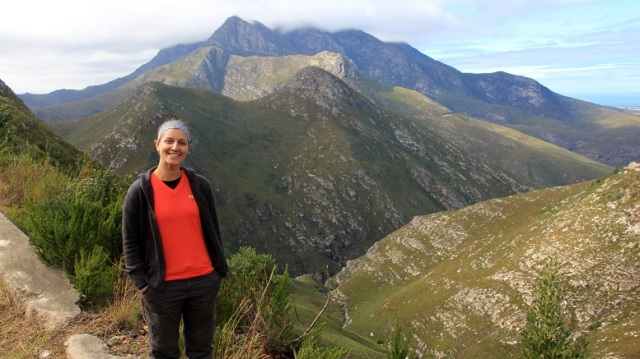 Dana in the mountains of South Africa 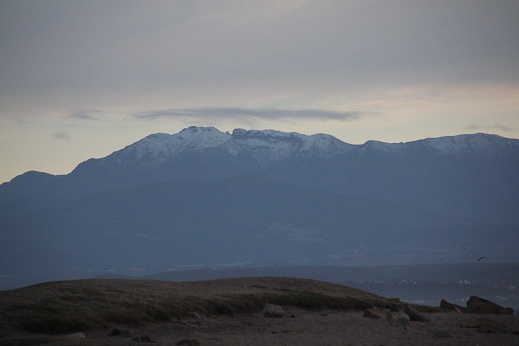 We made it through the mountains with no problems and on the other side we found an ostrich farm to visit. It was quite an interesting tour learning how dumb ostriches are, and at the end we had an opportunity to ride one.  Seems like a weird opportunity, but it was one we couldn’t pass up! The awkward faces Dana made riding one of these goofy birds were priceless. At least she made it safely around. I didn’t have such good luck and ended up falling off of my ostrich and into the mud….. I hope it was mud. 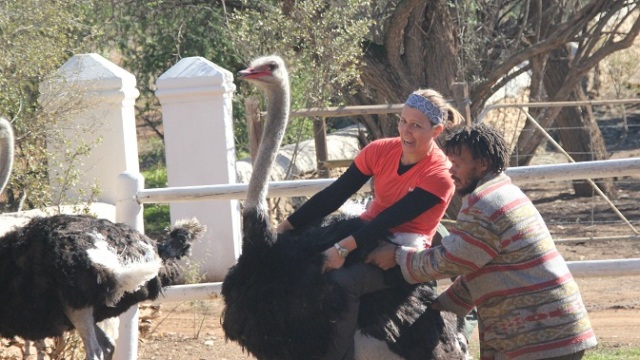 The Face of Determination 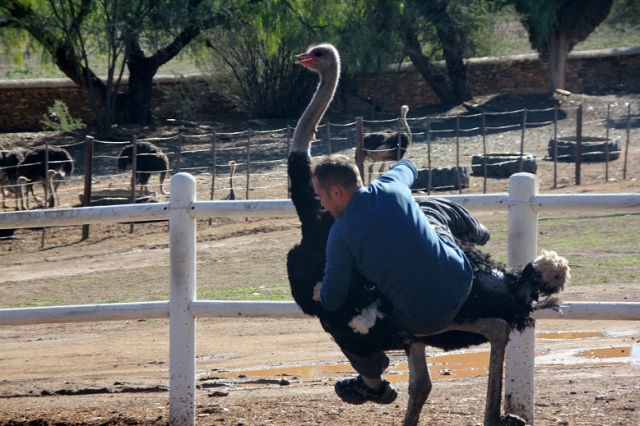 Look up graceful in the Dictionary and you'll see this picture.

This entry was posted in South Africa. Bookmark the permalink.

3 Responses to On the Road Again